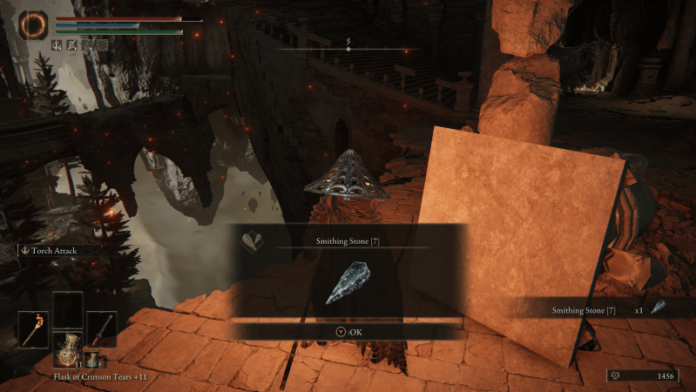 Elden Ring is an open-world action role-playing game developed by FromSoftware and published by Bandai Namco Entertainment. In this guide, we’ll show the uses, location, and how to obtain the Somber Smithing Stone 7 in Elden Ring.

Elden Ring allows players to experience multiple combat types and use many different weapons as they go on a journey to repair the Elden Ring and become the Elder Lord. The game was released on February 25th, 2022, and is available for Xbox, PlayStation 4, PlayStation 5, and PC.

This Somber Smithing Stone is a Bolstering Material which can be used to Reinforce special armaments to +7. Additionally, in-game it is described as a “Polar smithing stone drained of color.”

The easiest way to obtain these is by buying these from the Twin Maiden Husks at the Roundtable Hold for 16000 Runes. However, players will have to offer them the Somberstone Miner’s Bell Bearing 4 first. After offering this Bell Bearing, players will be able to purchase an unlimited amount of Smithing Stones.

Besides that, the Somber Smithing Stone can be obtained from the following locations: