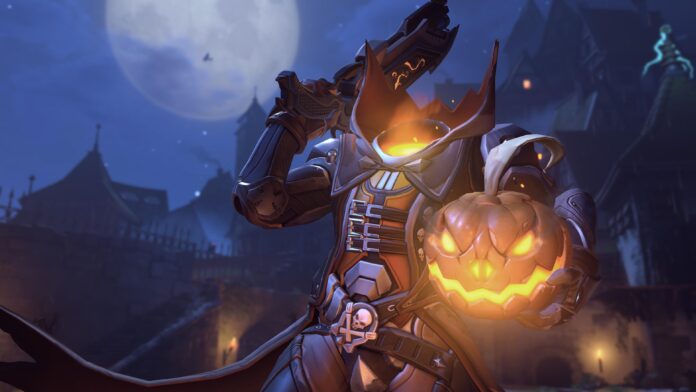 Released on the 4th of October 2022, the sequel to Overwatch named “Overwatch 2” is finally here and has already made its way to the screens of many players, quite deservedly so.  Moreover, the game is available in early access on all major platforms like Nintendo Switch, PlayStation 4, PlayStation 5, Windows, Xbox One, and Xbox Series X/S. Here is what the developers’ Blizzard Entertainment has to say about the game:

“Overwatch 2 is a free-to-play, team-based action game set in the optimistic future, where every match is the ultimate 5v5 battlefield brawl. Play as a time-jumping freedom fighter, a beat-dropping battlefield DJ, or one of over 30 other unique heroes as you battle it out around the globe.”

Nevertheless, recently the developers have added a new Halloween Terror 2022 event that has numerous challenges for you to complete. These challenges can even help you level up your battle pass. One such challenge is Ominous Portent and this one is undeniably one of the hardest ones to complete without proper guidance. So in this guide, we will be helping you with everything you need to know about how to complete the Overwatch 2 “Ominous Portent” Wrath of the Bride Challenge.

But before you run into it, you might also want to check out:

That being said, now without any further ado, let’s jump right into it.

Before you start the challenge it is highly recommended to play with your friends rather than with strangers because it might get quite of a hustle if you’re playing with strangers. Now, once you have progressed through the Tavern section, you will find yourself in a location where you are supposed to locate the gate key. Now here is the thing, be sure not to pick up that key until you are done with the challenge, otherwise, you will have to start all over again.

That is the sole reason why we recommend playing with friends rather than with strangers because it could really hard asking strangers not to pick the key. Once all three of your teammates agree not to pick the key, it is time to look for Banshee who will be appearing randomly out of nowhere while exploring the area.

The good thing is that when any of your teammates witness the Banshee moment it counts for all of you, so it won’t take much time to witness it seven times. After that, once you go for the key, all we can say is to be careful, we won’t be spoiling much but just be careful there.

That is all that you need to know about Overwatch 2 “Ominous Portent” Wrath of the Bride Challenge. Good luck in completing the rest of the challenges as well. Let us know in the comment section below, which guide you want us to cover next. To know about Overwatch 2 Kiriko Guide: Abilities, Ultimate, And Tips or for more guides, keep following Retrology.