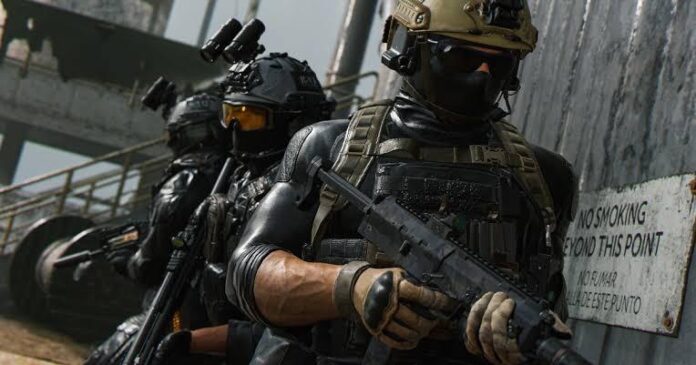 Before you start, make sure to make a mental note to return to the Last Checkpoint if you feel like you won’t be able to overcome the task within four minutes. This is better than having to start over altogether and redoing Prison Break from the start as it will not affect the final time. Hence it is evidently a safer option to go for if you’re sure you’ve lost time.

This achievement is a part of the Prison Break mission. After you gain access to the CCTV room you will be able to control the cameras around the Prison. The clock starts ticking as soon as you take control of the CCTV.

You also need to make sure that while moving Ghost, you switch to the different CCTV cameras in the area. This helps you get away with multiple moves in a short span of time.

After Ghost has successfully broken the lock on the gate, direct him to the wooden box in front of you. Don’t forget to switch to the CCTV camera in the distance. Now that the cameras are away, tell Ghost to shoot the guard.

While switching cameras, hide Ghost by the barrels and shoot the enemy on the catwalk. Now switch views again and make Ghost climb the ladder and melee the enemy from behind.

Move toward the First Vehicle

Look around and you will see two men walking around. Ask Ghost to shoot these enemies and proceed to the truck to plant the device. Now move right to the wrecked wall and wait till the enemy walks away from the ramp.

Now race to turn off the generator and go back to the right side of the wall and shoot the enemy by the truck. Switch the camera and move Ghost to the forklift.

Shoot the enemy standing under the lights and melee the enemy coming towards him. Now shoot the last enemy before you switch the cameras.

After switching cameras, move Ghost behind the barrels. Melee the armed enemy getting out of the armored truck. Switch to the next camera and wait until the enemy is looking away from Ghost and melee him from behind.

Switch to the next camera and move Ghost to where the boxes are placed next to the vehicle. Wait here until the enemy walks to the left boxes and melee him too. Now that coast is clear, plant the device on the vehicle and move Ghost through the hole in the fence.

Switch to the next camera and direct Ghost to the front of the Pickup Truck. Now switch to the left camera and move Ghost behind the barrels. Wait for the last guard to walk away from you and use melee attack to kill him. Now you can plant the device on the last vehicle.

If you complete the sequence in under 4 minutes, a notification will pop up after Ghost plants the final device.

This is how you can earn the Modern Warfare No Time to Lose Achievement. For more guides, keep following Retrology.