Guide to counter Garen in League of Legends 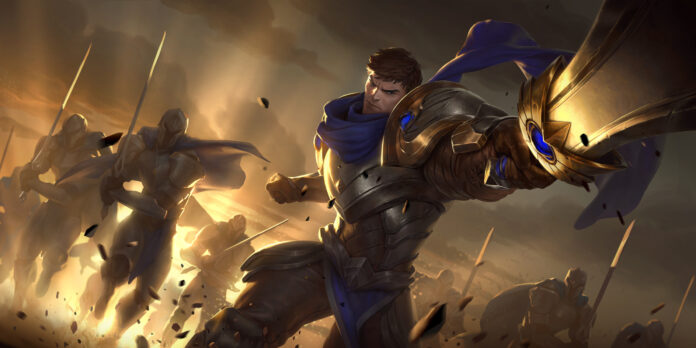 Garen is among the game’s most frequently used top laners. He is also occasionally adjusted into the mid-lane. Because of his popularity, learning how to win a game against Garen would be extremely beneficial to you. To help you, this guide will discuss the tips and champions counter to Garen in League of Legends.

Garen is a tough fighter who does a lot of damage. He’s strong enough to tank shots while running towards enemy carries, then deals enough damage to carry. Unfortunately for you, one of his major flaws is enemy team synergy, which is why he excels at lower ranks. He’s vulnerable to CC and team bursting, but he’s an excellent duelist, especially when dueling his target.

Camille is an expert at dealing with Garen’s abilities. She has enough damage and defense to make a good trade during the laning phase. Camille can bounce off a wall and retreat whenever Garen rushes to hit her. Her good mobility and heavy attacks serve as a good counter to Garen

Kayle is one of the best champions to use against Garen. She is a scaling pick with unrivaled burst and sustained damage, as well as the ability to supply strong utility by giving herself and her allies brief invulnerability. Kayle’s versatile itemization allows her to be a physical, magical, or even hybrid damage threat.

Widely regarded as one of Runeterra’s most skilled sorcerers, Ryze is an ancient, hard-bitten archmage who must bear an impossible burden. With Ryze, you can quickly clear waves of minions and keep pocking Garen constantly, and you have the ability to paralyze him when he wants to attack.

Another excellent choice to counter Garen is Quinn. She has long-range auto-attacks that deal critical damage on occasion. Quinn can dodge a lot of his heavy attacks with her high mobility and still counterattack when needed.

The smallest champion, Teemo is not really a good agent to fight off against Garen anyone but he is on this list as his attacks can be effective for keeping him at bay.

That’s it for all the tricks and champion information regarding counter to Garen in league of Legends. For more guides, check out the guide section on our site Retrology.

Guide to counter Ahri in League of Legends