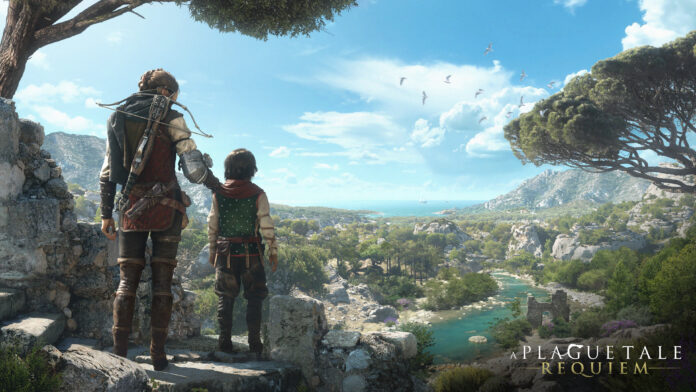 Developed by Asobo Studio, A Plague Tale: Requiem has just been released on the 18th of October 2022 and we have to say the game has already made its way to the screens of many players. The game is available on all major platforms like Microsoft Windows, PlayStation 5/4, Xbox Series X/S, and Nintendo Switch and can be easily purchased from Steam. Now before we run into A Plague Tale: Requiem all secret chest locations, here is how developers have described it:

“Embark on a heartrending journey into a brutal, breathtaking world, and discover the cost of saving those you love in a desperate struggle for survival. Strike from the shadows or unleash hell with a variety of weapons, tools and unearthly powers.”

Nevertheless, A Plague Tale: Requiem is packed with numerous missions, puzzles, and collectibles. One such collectible is the secret chest and there are quite a few of them, which can be quite strenuous to find. Thus, to save you from some time and trouble, in this guide, we will be helping you with everything you need to know about A Plague Tale Requiem: all secret chest locations. So without any further ado, let’s begin.

In order to open a secret chest you will need a knife, so be sure to keep one with you. There are 10 secret chests in total that you will be able to locate in different chapters and once you do it you will also be able to explorer trophy. Here are all of the 10 locations.

I mean, do we even have to explain this once? As you progress through the game and Amicia travels to the warehouse portion where she finds her slingshot and then heads back to the depot, this is where a tutorial will start which will teach you everything about secret chests.

As you progress through this chapter, at some point you will be required to scare off some rats by lighting a brazier. Once you do that look around for a ladder and climb your way up to find chest #2

You will be spawning inside a wooden building in chapter 5. Make your way to the back side of it to find a small fence with a gap from where you can sneak inside. Here you will find a ladder, make your way up the ladder to get to chest #3.

In one of the areas of chapter 6, on your left side, you will be able to locate a wooden shelve with baskets. If you notice you will find a way from under this shelve that will take you inside a secret room with chest #4 inside it.

After encountering Sophia in chapter 7 for the first time and coming across a passage that is blocked by a coffin, look at your right side where you will be able to find a small opening that you can squeeze through. After that, you will come across a boat, and at its end is where chest #5 is placed.

As you progress in chapter 9 and continue exploring the area, you will come across a tower made out of stones. Shoot at one of its doors through a window on the left to open its door and head inside it. Inside the tower at the second story is where your secret chest #6 is located.

You’ll pass a goat-herding farmer on your way to the sanctuary and from here take left and head straight toward the ledge. Keep moving straight until you climb another ledge and then yet another on your left to come across chest #7.

As you progress in chapter 10 you’ll find a swarm of rats in the courtyard when you reunite with Sophia and enter the fort. Now grab a stick from the left and climb the ledge to get to the stairs that take you to chest #8.

In chapter 11 at some point, you will be required to build bridges to allow Hugo and Sophia to cross the ruins. As soon as you release the last bridge and head inside the gap you will be able to locate yet another gap from where you can squeeze through to get to your chest #9.

Guide to A Plague Tale: Requiem all Chapter 10 collectibles locations