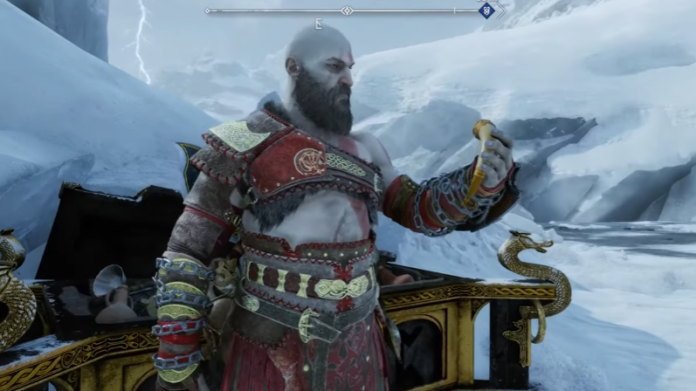 God of War Ragnarök builds on much of its predecessor while retaining many recognizable aspects. This contains chests that have been sealed shut with runic magic. You must solve many puzzles, including one in The Lost Treasury, to access these sealed Nornir chests. If you are struggling with opening the Nornir Chest from The Lost Treasury in God of War Ragnarök, here’s a guide to help you through.

Location of Nornir Chest in The Lost Treasury

When analyzing Midgard in God of War Ragnarök, you can locate a few Nornir Chests scattered around the area. One of these can be found in the southwest corner of the map, at The Lost Treasury. The location can be seen in the image given below.

The chest is located on the right side of The Lost Treasury’s great wheel. You’ll need to light up three torches to complete the task.

Return to the Nornir Chest, which will be blazing gold after all three torches have been hit. To collect your prize, open it. This chest has a Horn of Blood Mead, which increases your anger after three are collected.