Everything you need to know about Street Fighter 6 Battle Hub 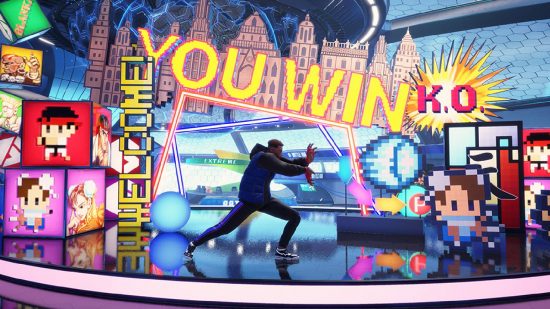 Whether you’re planning to explore on your own or engage in combat with others, Street Fighter 6 is for you. Dated to release sometime in 2023 Capcom’s upcoming Street Fighter 6 may very well rank among the best fighting games. This game will be a new experience with adding everything to the mix from gameplay to visuals. Let’s dive into what the Street Fighter 6 Battle Hub adds to the game and what players may expect when they jump in.

Although you won’t always have to spend a lot of time here if you don’t want to, it’s an essential aspect of the Street Fighter 6 experience that we can’t wait to explore when the game’s release date comes around.

Here is a detailed explanation of the Battle Hub and the improvements it makes to Capcom’s fighting game follows.

Starting off, the overall design of the Street Fighter 6 Battle Hub and the types of communication that are available there in the new release.

Up to 100 players can join the Battle Hub at once. The in-game arena is where you will be using your custom fighter.

You can interact with players near you by using a variety of emotes. The news on the availability of voice chat is still unsure. But we anticipate that this will be clarified a little closer to the launch.

Beyond this, you should be aware of the following four essential aspects of the Street Fighter 6 Battle Hub:

You gather in the Battle Cabinet to engage in one-on-one combat with other players in an arcade-style setting. There are quite a few of them dispersed around the Battle Hub. To engage in combat, you’ll need to make sure you find a free one. If there isn’t one available, you can always watch those who are engaged in combat and wait for a free spot.

Here is the best part of Street Fighter. In Goods Shop you can tweak your custom fighter’s appearance. There will be a ton of stuff accessible, and we can only assume that more will be released as Street Fighter 6 progresses. So, this is where you should spend any in-game money that you acquire.

That’s all there is to know about Street Fighter 6 and the Battle Hub. When more information becomes available later on, we’ll make sure to update this guide and keep you informed. Until then check out Retrology for more Street Fighter 5 content.