Everything you need to know about D.Va. abilities in Overwatch 2 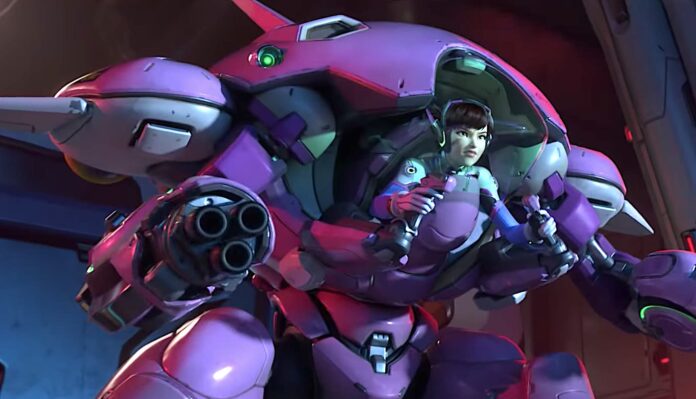 The wait is finally over and after a hectic launch day, the eagerly awaited Overwatch 2 from Blizzard Entertainment is finally available. The release now brings some important structural modifications to the well-liked shooter game. The team size in Overwatch 2 has been reduced from six to five players. The game’s three player roles: Support, DPS, and Tank, have all undergone significant tweaking. And here is Overwatch 2 D.Va. facts for you to know.

One of the most often chosen tanks in Overwatch is D.Va. Playing as D.Va has become more difficult once the game switched to 5v5. She would now be the only Tank class player available. This guide will go over all of D.Va’s abilities and her playstyle.

D.Va feels essentially the same entering Overwatch 2. Her passive ability lowers all knockbacks, just like all other Tanks. Her Ultimate charge will decrease as a result of taking damage. By eliminating any flankers attempting to breach her backline, she can effortlessly fly about and defend her squad from all sides.

Due to her current forced single Tank status, D.Va’s ability to survive has improved. She used to have 350 mech health, but it’s been now upgraded to 650. She is forced into the front line as a Tank to support her team in capturing objectives and defending them from the enemies.

D.Va can get right up in enemies’ faces and strike some critical hits. Making her a fantastic choice versus long-range hitscan players. She is still a viable option for a dive composition.

Inside her mech her fusion cannons serve as both her main weapon and her primary method of charging her ultimate attack. These never need to be reloaded, but if players use them repeatedly, they will slow down their movement. If D.Va is expelled from her mech, her only other choice is the Light Gun. She can carry on fighting while recharging Call Mech’s Ultimate charge.

Defense Matrix generates a visible matrix in front of D.Va for three seconds. It serves as a defense against incoming shots. It is D.Va’s backup fire, and she can use it to protect her teammates or herself. Defense Matrix does not work with beam weapons. It cannot defend against the melee assaults of characters like Brigitte and Reinhardt.

D.Va can fly in whichever direction she is facing using boosters. Using boosters running into an enemy causes some knockback and damage to the enemy. This can be used to move enemies around.

Micro Missiles launches a shower of explosive rockets in the direction that D.Va is facing. They can be activated while firing her Fusion Cannons for added damage, and they deal higher damage in close-quarters battles.

Her Ultimate power is Self Destruct. D.Va overcharges and ejects her mech which eventually explodes. This attack is best used to explode on the foes below. To lift her mech into the air, it works best when combined with boosters. It causes over 2,000 damage and if you time it correctly it will guarantee a kill. D.Va can use her Light Gun outside of her mech to summon a new one. It will crash to the ground as she gets inside, doing AoE damage to any enemies caught in the blast.

That is all there is for this Overwatch 2, D.Va. guide. We hope this was helpful in