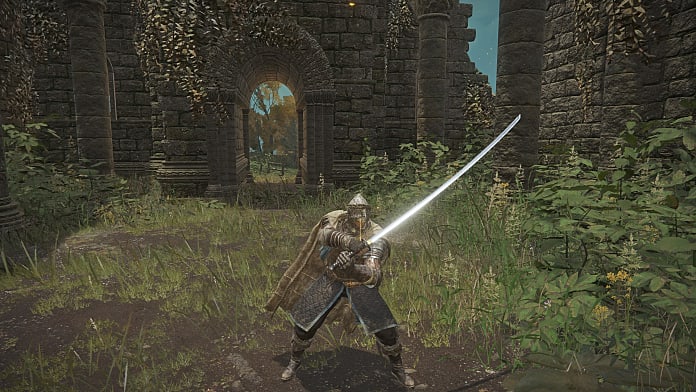 In Elden Ring, katanas are close-range fighting weapons that can slice wounds into foes with the Hemorrhage Status Effect. In this guide, we’ll provide you with all the information you need to know about where to get these Elden Ring katanas and how to get them.

If you are not feeling like using a katana to defeat your enemies here is a list of overpowered weapons you can use to one-shot enemies. For now, let’s get into getting Katanas.

In the game, there are eight katanas you can acquire.

The skill of Uchigatana is Unsheathing. The Deathtouched Catacombs are where you can locate the Uchigatana Katana. To open the door to the hall, you must turn a lever. You can locate this katana on a corpse within the hall, on the platform’s edge. In addition, you can obtain it as the Samurai Class’s starter weapon.

Fang piercing is the ability of Nagakiba. This katana can be found in a few different places within Elden Ring. After killing the Bloody Finger Hunter Yura, you can obtain it from the area north of Murkwater Cave or camp adjacent to the Seaside Ruins Site of Grace. You can also obtain this katana by finishing Bloody Finger Hunter Yura’s story quest at the second Church of Marika.

The skill associated with Hand of Malenia is Waterfowl Dance. This katana can be pulled from the Remembrance of the Rot Goddess after you slay Malenia.

The ability of Moonveil is Transient Moonlight. It’s not challenging to locate the Moonveil katana in Elden Ring. This is a drop from the Magma Wyrm in the Gael Tunnel in Caelid. Get the Moonveil Katana by defeating the Magma Wyrn.

The skill of Serpentbone Blade is Double Slash. Truth will give you the Serpentbone Blade Katana in the Volcano Manor as a prize for finishing the second letter mission. All that is required of you is to complete the mission.

Hope this guide was helpful in directing you to all the Elden Ring katana locations. If you want to get more guides on how to defeat Elden Ring bosses with the best builds in-game check out Retrology.