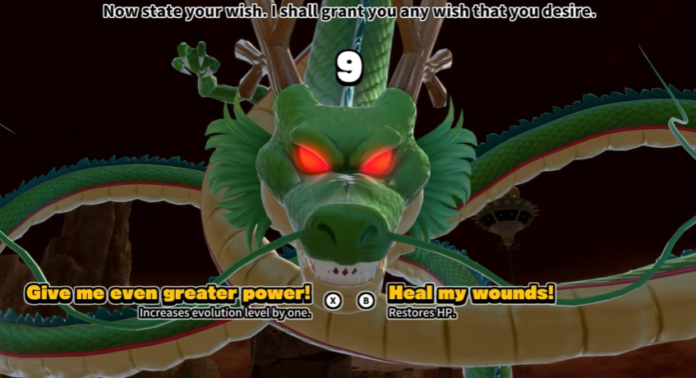 To summon Shenron in Dragon Ball: The Breakers, you’ll need to collect all seven Dragon Balls, much like in the rest of the series. Fortunately, they are always available in every match. Dragon Balls can be found in crates alongside other things or Power Keys as a Survivor, or they may be dropped by a Civilian you rescue.

Begin by searching for Dragon balls in any craters, containers, or on the ground. This is due to the fact that they have no set location. They’re also the locations where a Dragon Radar can be found.

To obtain the Dragon Balls as a Raider, knock down Survivors who are clutching them. You don’t have to kill them; simply incapacitate them, and all of the stuff they were holding will be dumped. You can take any Dragon Balls they have if they have any.

Using a Dragon Radar may appear to be an optional step, yet it is quite beneficial. If you’re lucky enough to get your hands on one, the collection of Dragon balls will be a lot easier. If you are near any Dragon balls, it will display you their location. Dragon Radar is the best way to locate the Dragon Balls. Once you have it, you can bring it out and instantly be directed to neighboring Dragon Balls around you.

Start exploring the map once you have all seven dragon balls to locate the summon altar. It ought to resemble a huge cooking pot. The summoning altar doesn’t have a set spawn position, just like the dragon balls. Unfortunately, there isn’t a tool like Dragon Radar to make it easier for you to find it. You’ll just have to look around till you find it. You’ll recognize it when you see it because of its distinctive appearance.

Remember you’ll need to hold all 7 balls to start the summoning. With all seven Dragon Balls, use the Altar to start Shenron’s summoning. Keep an eye out since this procedure, which takes about 15 seconds, can be halted. Wait until the place is safe to perform the ritual if the Raider or Survivors are camped nearby. Shenron will manifest in all of his dragon, scaly self once the ritual is finished. Then you’ll have ten seconds to select one of two possible desires.

Wishes are different for Survivors and Raiders.

That’s how you can summon Shenron in Dragon Ball: the Breakers. The process involves a lot of locating and scaling the land so if you’re up for that, go for it. For more help in gaming, check out the Gaming Guides on our site Retrology.