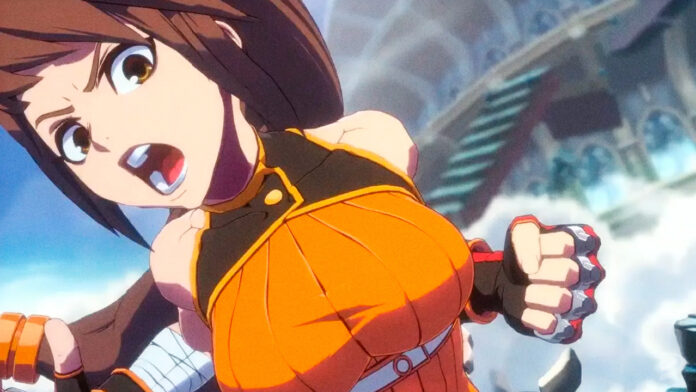 DNF Duel is a spin-off of one of the most popular action video games, Dungeon Fighter Online. The game was developed by Neople, Arc System Works, and Eighting and published by NEXON Korea Corporation. DNF Duel was released on the 28th of June, 2022, and features a lot of characters from the original game. In this DNF Duel Striker Guide, we will help you understand the kit and skills of Striker.

Striker uses her bare hands to fight and has moves and skills which can be used for close combat. As a close-range fighter, some of her moves do help in bringing her closer to the opponent. Although she lacks behind in terms of range, her movement speed makes up for it.

An important thing to note is that if you go on guard while dashing, her dash will completely stop there. Additionally, she is capable of canceling her normal attacks, allowing her to do her normals in any order. Let’s go further into the details for the actual DNF Duel Striker Guide.

Now, let’s start by talking about her attacks. Her A is basically just a regular fast-paced punch that can do a lot of quick damage. Meanwhile, her B has a greater range than her normal attacks. This punch covers more range and while doing it she jumps a bit forward too.

Her 2A is a duck attack, while her 2B is a kick for which she slides forward. Her 2B is perfect for when you want to close in on the opponent and do a few hits and move back.

Striker’s 6S is the best possible tool for closing in on enemies and also dealing a whip-like punch. It’s best used as a combo starter followed by other attacks like 2A, which prevents her from getting attacked.

S is a shoulder charge, and doing it again actually allows her to use her elbow to further charge into the opponent. Her 2S is an uppercut that launches the character into the air and lets her jump midair and follow up with some combo attacks. Finally, her 4S is a low kick, mainly used as a light combo starter.

In jS, she jumps up and launches a kick down, if spaced properly, she’ll hit right at the opponent. This move is perfect for any combo attack loops and is an essential part of her moveset.

She has 4 special attacks which cost mana. The first one is MS, it costs 30 mana and doesn’t require any motions, thus regenerating mana almost immediately. It is used in combos for additional damage.

Next is 236MS, it deals a lot of damage and also covers more range, however, it is rather slow and is mostly just used to push the opponent farther. 214MS is easily the best skill to use, it costs 50 mana and pushes the opponent to the ground. Although, if the opponent happens to be midair, it will bounce the opponent back up towards Striker. This is a great skill to end combo attacks.

Lastly, we have 623MS which costs 50 mana. This skill launches the opponent horizontally upwards and can be followed by other mid-air attacks, but it can not be canceled. Moreover, this attack alone leaves no space between the opponent and Striker.

Striker’s awakening skill is rather simple, it’s performed by a single button and doesn’t have any complex mechanics. Though, it can be used to end combos.

Striker’s 236MS can be used to avoid damage from projectiles and then players can rush toward the opponents and deal greater damage. 6s and 2b are attacks you’ll want to focus on for doing damage on the ground without jumping or thrusting the enemy up in the air.

Now, if you’d rather take an offensive approach, then jS is your best bet. It staggers the enemy a bit allowing you to deal constant damage from midair and the ground. Another offensive strategy is using S and MS together to charge in and follow with a set of kicks which deal great damage.

We’ve found some of the best combinations of her skills and attacks which you can use to maximize your damage.

Below, we have attached a demonstration of this combo by omegasmr.

That’s all for this DNF Duel Striker Guide. Besides this, you can also check out this guide for another DNF Duel character, Berserker. For more gaming guides, stay tuned to Retrology.