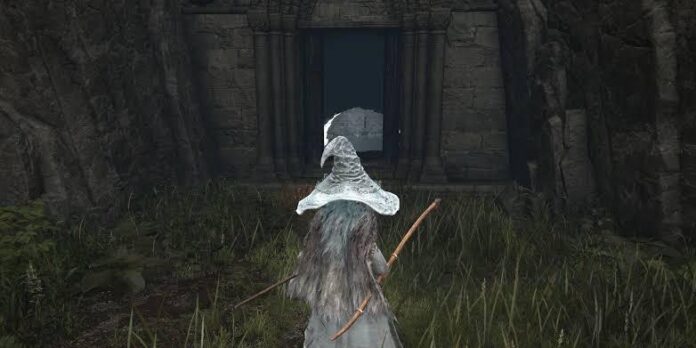 Elden Ring catacombs, the lands in between, introduce the players to the deepest and darkest places in search of loot and fierce new bosses to fight. These dungeons also provide an excellent chance to unlock a series of useful items and proceed with the storyline of the game. Black Knife Catacombs is an important dungeon in Elden Ring, giving players an opportunity to fight multiple bosses, and gather powerful weapons, a Deathroot, and some powerful ashes.

We will let you know all about the Elden Ring Black Knife catacombs in this guide. Check out our Leyndall Catacombs guide here.

To find Black Knife Catacombs, make your way to the northeast corner of the Liurnia of the Lakes, not quite due east from the Frenzied Flame Village Outskirts site of grace. It is preferable to travel North along the main road from the Eastern Tableland site of grace.

However, your path to the dungeons might not be as smooth as you think it is as you will be greeted by a knight in gold and white armor at the entrance of the catacombs.

After arriving near the Uld Ruins, stay right and follow a cliffside path past any more enemies that can hinder your journey to reach the cave near the end. Yet another knight awaits you here. Stay alarmed and use melee weapons.

One of the hindrances that will slow you down is the rogue skeletons in the dungeons. These are very swift to move about and can revive themselves indefinitely unless you kill the necromancers that control them.

Preferably, avoid fighting a lot of these at once and roll past them to make your way to the leader. Taking him down will cause the skeletons to collapse to dust on their own.

Once you get past these, three enormous guillotine blades await you. Let these drop, then make your way to the middle one as it rises. It will lead you to the necromancer. Jump to the ledge and defeat him.

Watch out for the Black Knife Assassin and the giant crab that emerges from the soil to attack this area.

You will find two main bosses in the dungeons. The Black Knife Assassin and the Cemetery Shade.

Touch the golden sign on the floor to bring along D, Hunter of the Dead before you make your way to his chambers. The Black Knight Assassin is quick to move and uses powerful jump attacks. Rolling out of his way will give you a chance to attack him back. However, do not roll too far as he can fire a red projectile weapon at you.

You will be rewarded with Assassin’s Cerulean Dagger talisman and the Black Knifeprint key item, along with some loot after defeating him.

This boss does not come to the field alone but brings along some skeletons to help him land his attacks from a distance with projectile magic while his minions keep you diverted.

The hack for staying safe is to always keep a column between you and him so you can avoid his attacks. Move closer every now and then to land your own attacks and retreat quickly to your position again.

You will gain Twinsage Sorcerer Ashes along with some runs for defeating him. Do check a nearby chest for a Deathroot before you exit.

This was all about the Black Knife Catacombs, Elden Ring. For more helpful guides, keep following Retrology.