Black Cats Anime will make you want one 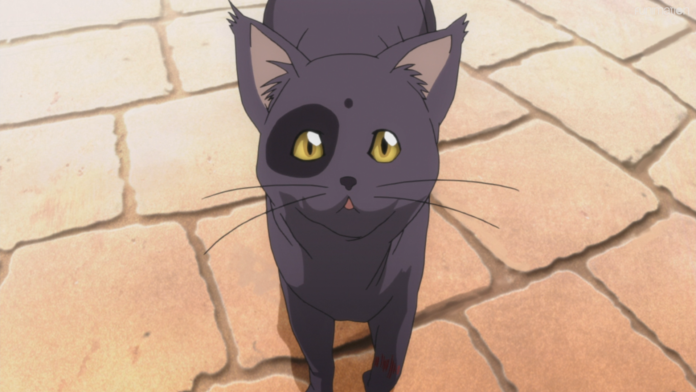 Cats are cute. But in the season of Halloween, along with pumpkins and ghosts comes the back cats. In the cosmos of Anime, there are all kinds of supernatural creatures and even black cats. In this list of black cats anime, you will find the best cat characters in various series.

There are multiple anime series with cat characters. They give the perfect vibe of care for Halloween. The cats from the anime world have possessed supernatural powers and sometimes can talk as well.

Ichigo has experienced many weird things so a talking black cat wasn’t bizarre to him. In the very first season of Bleach, Yoruichi Shihoin was introduced as a talking cat. But it was a camouflage to hide her strong woman personality. Former Soul Reaper and expert in the knowledge of Soul Society, she has dangerous skills.

The 1989 fantasy anime is about a girl who wants to fly on a broom and help troubled people. She has a kind heart with a broom and a black cat – the perfect anime witch. Jiji falls in love with Lilly, another white cat, and has kittens together later in the series.

Blair is a clever black cat who can transform between her cat and human forms. Our main female protagonist, Maka Albarn gets on her bad side at the beginning of the series. Though it seems like she’s a witch, the reality is the opposite. Things take rough turns when Soul Eater Evans eats her soul and finds it as his mistake. Later, he has to eat a real witch’s soul this time.

This black magical cat from Luna is kind-hearted and introverted. She lived on the moon with Artemis for some time. She will help Usagi Tsukino and other characters without letting them know about her talking skill. Along with them, she also helps other Sailtos and Ami. She deserves a good spot on my list.

This curious black car got adopted by a Yamada family and settles well with other cats in the neighborhood along with her friends. She even befriends strays in the area. Kuroiro, an elder cat teaches Chi the basics of modern cat life. Later, he became his mentor and have a cool life.

This little black cat was misunderstood as a villain at the very beginning. She builds good bonds with Rin Okumura after Shiro Fujimoto passes away. This household cat loves her master and also catnip wine.

She is a cute cat with Megumin and is close to her. When she’s not with Megumin, she does piercing on Kazuma’s head and plays with Wiz. She’s perfect with her human masters. She was totally fun.

This metaphorical black cat is bad luck for her targets. She gives up her Eraser and begins to work for Chronos as Sweeper.

This list of amazing black cats anime is amazing with her superpowers and saves her characters as well. Let me know if I missed any. And for more Anime content, check the Anime section of Retrology.

All Eyeball locations in Tokiko’s Somnium in AI: The Somnium Files...