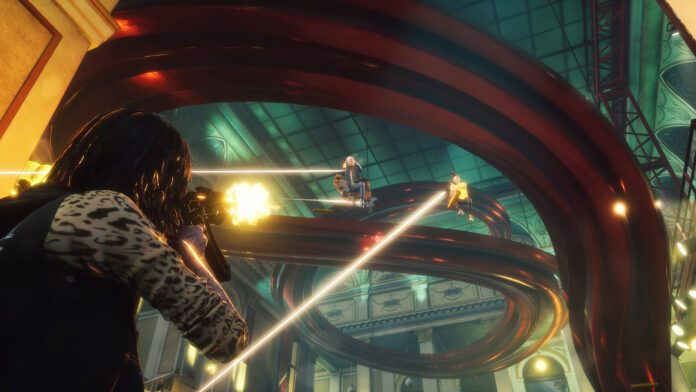 Bloodhunt is now finally available to play on both PS5 and PC. Published by Sharkmob AB, this spooky, thrilling spin-off to Vampire: The Masquerade will throw you into a fight among three clans. Fight off enemies, feed on mortals and return the vampires to their lost glory. Released on 27th April 2022, the game has already become a must-play game. You can find all the information on the game here. Today we will give you the best weapons guide for Bloodhunt. As of April 28th, we have four melee weapons and 17 ranged weapons in the game. There are also four rarity types for the weapons: Common, Rare, Epic, and Legendary. Now let’s dive into the Bloodhunt best weapons guide.

Following are the details of the top weapons.

The Assault Rifle is the most useful weapon in the game. It can work well from a distance with a high fire rate. The rare options will increase the stats too. It is a must-have.

The minigun is unstoppable with 300 rounds per reload. The fire rate increases as long as you hold down the button. However, you can’t reload it mid-use.

The Toggleable Machine Gun aka the Toggler has two modes. The long-range mode is more accurate but has a lower fire rate. On the other hand, the close-range mode has low accuracy with a double rate of fire.

Being similar to the Pump Shotgun, the Double Barrel Shotgun is a very powerful weapon. The Double Barrel can be a life-saver when you’ve got enemies right in your face.

That was the Bloodhunt best weapons guide. Keep following Retrology so you can find more similar guides on Retrology.

Top April 2022 Games That You Should Play