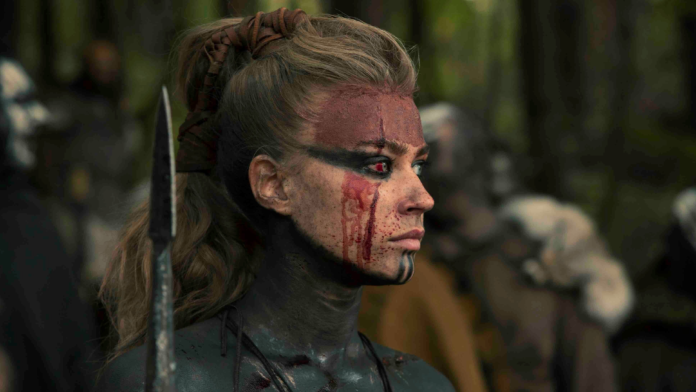 The Vikings are among the most durable, if not the most frequent, of all the cultures that existed previous to the Norman Conquest and now have a place in popular culture. They were interesting in their own way for their brute strength and craze for conquering. They were known as the most fierce people of their time, and that is not wrong. Some of the examples of how they really were, can be seen in the series. So to give a taste of what they were like, We’ve compiled a list of the five best Viking-related TV shows of all time.

Let’s start the list with the name, which is literally Vikings. Vikings is based on the folk tales of Ragnar Lodbrok, a Viking who is remembered as the plague of Anglo-Saxon England and West Francia and is one of the most well-known legendary Norse heroes. Ragnar is portrayed in the show as a farmer who rises to prominence by conquering England.

Finally, he ultimately becomes a Scandinavian king with the help of his family and other soldiers. It covers the deeds of the legendary Viking captain Ragnar Lothbrok and his company, family, and descendants in broad strokes.

The advent of the Great Heathen Army in Britain in the year 866 is about to reshape the dynamic between Vikings and Anglo-Saxons. The show concentrates on the Kingdom of Wessex’s resistance to continuous Viking raids into Southern England right after the establishment of Danish control in Jórvk and East Anglia happened.

The plot begins at distinct periods in time with Geralt of Rivia, Crown Princess Ciri of Cintra, and the sorceress Yennefer of Vengerberg. Geralt and Ciri have been destined to be together since before she was born. This happened when he unwittingly demanded her as a prize for his efforts by invoking “the Law of Surprise.”

After the two finally meet, Geralt becomes the princess’ protector and must aid her and battle against her many pursuers. This is done in order to keep Ciri and their world safe and prevent her Elder Blood and strong magic from being utilized for nefarious reasons.

Norsemen, also known by the name Vikigane, is a Norwegian comedy series about a group of Vikings who live in Norheim town in the year 790.  The series is set in 790s Norway, with several characters taking on key roles as the series progresses.

The story depicts Viking life in the settlement of Norheim, with daily life incidents and strife of varied, humorous degrees. As the book unfolds, continuous tensions arise from disputes with surrounding settlements, including a rival tribe commanded by the vicious Jarl Varg, and the activities of a Roman slave, Rufus, to modernize Norheim’s culture.

Barbarians is a German historical war drama television series that premiered in 2020. It is a fictional portrayal of events during the Roman Empire’s annexation of Germania, as well as the ensuing insurrection of Germanic tribes led by Arminius.

The story takes place in late AD 9 during the Roman conquer of Germania Magna. The Romans had ruled the area for twenty years, and the Germanic tribes were subjugated by the empire’s high taxes and tribute demands. The show focuses on the different tribes who rebelled and took sides, which bought several conflicts within them.

This is the list of our chosen best TV shows which show the Viking and the historical aspects the best. If you want to explore more categories of TV shows, check out the Fantasy list of TV shows that you’ll love.

Ewan Mitchell movies and TV shows that prove his potential in...