Bayonetta 3 all collectibles in chapter 8 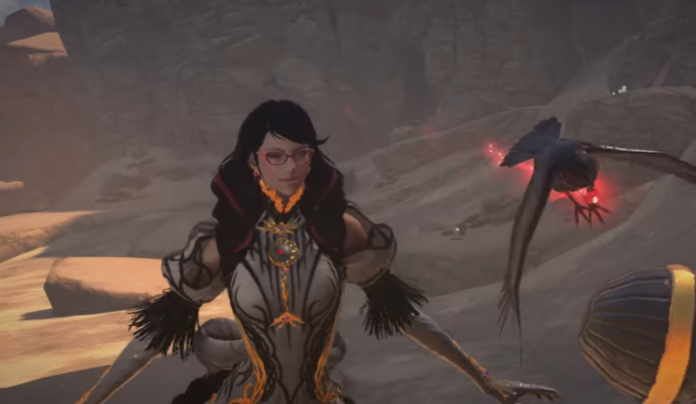 In the beginning, turn right immediately as you reach the ruins and look inside the first building. You’ll find the first card pack there.

When you finish Verse #1, spin around and face the back of the arena to see the glow of Verse #2 combat challenge portal in a tower. You will receive a Broken Moon Pearl as a reward for completing this challenge.

To obtain the first Echoes of Memory, climb up onto the platforms revealed by the chest.

Jump around on the platforms to collect the pieces of the chest. Once done, you’ll get a box that will have the Broken Witch Heart.

For the first figure box, climb up the middle building which you can do by grapple or just by climbing. It would be on the topmost part of the building.

After getting the figure box, aim for the double-level pool area. On the lower one, you’ll find the Broken Moon Pearl box so break it to get this.

Once you get access to the time control machine, adjust the time according to the path leading up to the record. Then quickly jump from the main platform to there and collect the record.

You should be able to see another collectible off in the distance from this platform. You can either fly to the spot or grapple and swing. If you can’t reach it, get carried outside and jump up on the rocks out here. Climb the rocks in your spider form, then jump or swing out to it.

Look for a dark blob over the river. It would be near one of the rocks present just away from the under-bridge area. The second Broken Witch Heart would be here.

Go towards the bridge from here. Look under the bridge and in one of these compartments, you’ll find the figure box.

Similar to how you got the previous collectible from under the bridge, this one is also under the bridge. Go up and turn right to spot another place like that. The third broken moon pearl would be there.

The Umbran Crow can also be found near the chapter’s beginning. Take the huge stairwell down to the bridge. It’s perched on the edge of a rock beneath the bridge. The crow will fly to the other side of the bridge as you approach. The best way to capture it is to leap from above.

Look in the rightmost part under the bridge. Turn right inside this area and you’ll spot the card pack there.

As soon as you enter the temple, turn left and inside the doorway to find an Echoes of Memory on the shattered staircase.

Go in the opposite direction from Echoes of Memory and then navigate around till you reach the middle area. Here, turn right and you’ll see a figure box over the stairs.

After getting the figure box, look around for another box. That box will have the Broken Witch heart so smash it to get the third one.

In the same room, once you’ve opened the closed door, make your way up atop the pillars and look to the right of the open exit. You’ll see the cat on the pillar so chase it around to capture it.

Starting from the Cat Umbran Tear location, go up two flights off stairs until you reach the middle. Here, turn right and climb up the pillar. There would be a secret compartment and you’ll be able to get the figure box from there.

Before leaving, make your way up the west stairs and allow until the stairs close again, as doing so will allow you to reach a secret location. You’ll locate the Verse 6 challenge and the last Broken Witch Heart in this hidden place.

That’s a complete list of all the collectibles from chapter 8 of Bayonetta 3 you can get. For more gaming help, check out the guides section on our site Retrology.