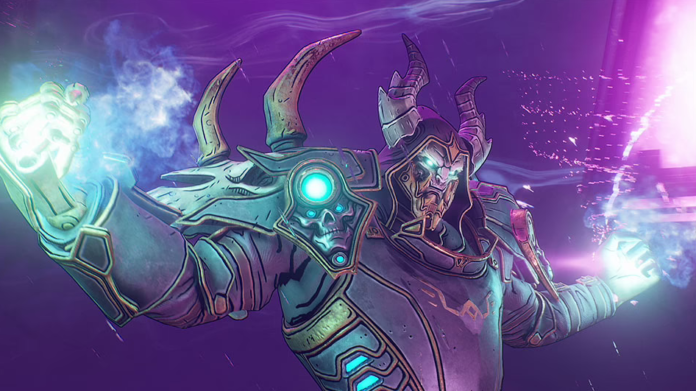 Tiny Tina’s Wonderlands is an action role-playing first-person shooter video game developed by Gearbox Software and published by 2K Games. It is filled with amazing standalone gameplay and many useful collectibles to find. Lore Scrolls are one of the collectibles which help you understand the Overworld story better. This guide will help you find all the Lore Scrolls in Fearamid.

Lore Scroll #1: My Own Story

Once you exit through the gate next to the vending machines, you’ll see a bridge on your left. You’ll find this Lore Scroll on a tube along the side of the bridge. After you see it from the bridge, jump to the tube to get it. You can also jump on the tube and make your way to the scroll instead of jumping from the bridge.

The second scroll can be found indoors in Fearamid. Go along the passageway, you’ll find this Lore Scroll on a platform on the floor right across a bridge.

The last scroll is not too far from the last scroll, Crisitunity. To reach this place you’ll have to jump across some platforms you’ll see on your map. However, you won’t be able to see them in front of you until you jump toward them. After you cross the two platforms, you’ll find the Lore Scroll on top of a box.

These are all the Lore Scrolls you can find in Fearamid. For an extra strength buff, you can find the Lucky Dice in Queen’s Gate, Shattergrave Barrow, and Snoring Valley. Moreover, to complete the campaign challenges you can find the Lost Marbles in Brighthoof, Weepwild Dankness, and Queen’s Gate. For more Tiny Tina’s Wonderlands guides keep following Retrology.