9 Great Movies With Chris Hemsworth That Are Not Thor 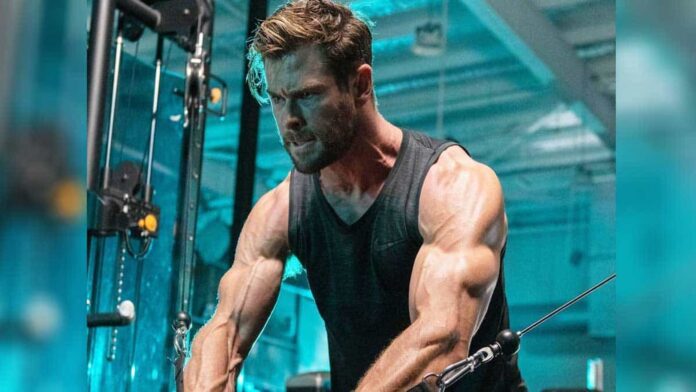 Chris Hemsworth is an amazing actor with great acting skills and combat action fights. Let’s start with his amazing movies aside Thor series.

In mid of pandemic 2020, this action-packed movie starred Chris Hemsworth with Gildshifteh Farakani, David Harbour, and Sam Hargrave. This movie has a dangerous plot for an underground fugitive who is ready for any assignment. He accepts a task to rescue an imprisoned child captured by an international criminal mafia in foreign lands. But the twist comes in when this deadly mission of thugs with arms and drug dealers makes it impossible for him to complete it.

He has a painful past with his son which made him do difficult decisions at the end of the movie. This movie was one of the best action to watch in the summer of 2020. This movie was also greatly appreciated for its combat choreography and direction. The fight scenes in narrow places made it a challenge. This action movie is a great choice for action lovers with a tint of emotions.

If haven’t watched it yet, add it to your next weekend’s watch list.

Chris Hemsworth with Liam Neeson, Tessa Thompson, and Rebecca Ferguson on board. This action and comedy mix movie of a newbie member of the organization having the huge responsibility of protecting Earth from aliens. The new member teams up to reveal the evil black sheep whos helping in the plot of the aliens’ invasion.

This movie has an amazing plot filled with scenes of action and humor giving the audience a cool breeze. After being released in 2019, this movie with fists fights, aliens, and beautiful people in black is a must-watch. Add it to the next watch list and keep it open. You will definitely have more to add.

Another action movie by Chris Hemsworth along with Michael Shannon, Michael Pefia, and William Fichtner. This movie is another piece of evidence that Chris Hemsworth is more than a superhero. The story is in the time of the 9/11 attacks in Afghanistan. Chris as Captain Mitch has to lead the elite team of Special Forces soldiers within the boundaries of Afghanistan.

But things get twisted when his team has to get a partner with a Northern Warlord to bring down Taliban and Al Qaida forces. This partnership was not settled on smooth teams. Ans situation goes even worse when our team gets short on arms and weapons. They have to win this fight without weapons putting them in a deadly situation. Chris puts his true color of friendship, leadership, and brotherhood. This movie is another one you should see if you’re a true battlefield lover.

Snow White And The Huntsman

We all are well aware of the Snow White An the Witch story. But in this movie, she has her savior here as The Huntsman. Chris Hemsworth portrays strong skills for action and fights when protecting Snow White starred as Kristen Stewart. And stands against the Witch starred Charlize Theron who hired him to kill Snow White.

From killing here to protecting here, became his death wish to stand against the Witch. In this movie, Chris Hemsworth shows his strong emotions of romance, war, and willpower. This movie is for those who wish for a different ending to Snow White.

In The Heart Of The Sea

Another adventurous movie by Chris Hemsworth is here. This movie of a crew struck in the ocean by an albino bull sperm whale. It doesn’t let them pass smoothly and thunderstorms made it worst. Chris as Own tries to protect his crew and fellows And ends up at the sight of their death. Here are all the water adventures, thrills, and emotions brought up to life by Chris. Yes, another one to add.

The Huntsman And The Winter Wars

This sequel to Snow White’s story brings another love story to the brink. In this movie, The Witch betrays her sister Freya starred as Emily Blunt. She moves to the northern side of the kingdom to rise an army of her warriors. Here enormous power to freeze her opponents to death makes her a dangerous enemy. She sets a rule of never falling in love but things go wrong when her two warriors Eric as Chris and Sara as Jessica Chastain.

This movie shows the strong emotions of love, friendship, and war. His strong combat skills of Chris are showcased here. And his acting skills made this movie a hit with a great watch audience. Keep adding.

Cabin In The Woods

This horror comedy movie by Chris Hemsworth will show his skills as a teenager. He and the other stars of the movie move to a remote cabin for a short vacation. Little did they know was they have arrived at the place of zombies and that they are human sacrifices. There are two scientists who have made this place as deadly as possible to entertain themselves with their death and offer sacrifices to the evil spirits.

Chris Hemsworth shows his acting and emotions for the team and tries to protect them. His powerful expressions made things easy. Another movie for horror lovers.

Another action of Chris Hemsworth from 2012. His powerful acting skills of bringing back his town to freedom and free his people. After being invaded, the young heroes hold high their guns and protect their loved ones. This story portrayed patriotism and friendship on the battlefield. Chris is portrayed as the leader and inspires everyone to fight for what theirs. His acting skills and good weapons knowledge engage here as a part of the movie. For more of an action and patriot movie, this one should be your pick.

If you’re a tech guy or love hacking, you should know what Black Hat is. This cyber-tech movie with Chris Hemsworth is packed with action, bullets, and negotiations. He as a hacker tries to help the police when his programming code links with a terrorist attack.

But in turn, his become the tug of war rope between America and China. Chris as Nick shows his true intentions to help his government which made him a criminal. Here, Chris tries to put his true colors of strong conduct and good intentions. A cyber tech movie is too cool to add.

In the end, we have concluded all the movies with Chris Hemsworth. He is another amazing actor with good fight skills and a great sense of humor. And not to forget, a cool romantic guy as well. There are all these movies that will definitely fit your favorite genre. So, don’t forget to check it out. If you need more insight into Chris Hemsworth’s life, check our entertainment page for latest updates about him.