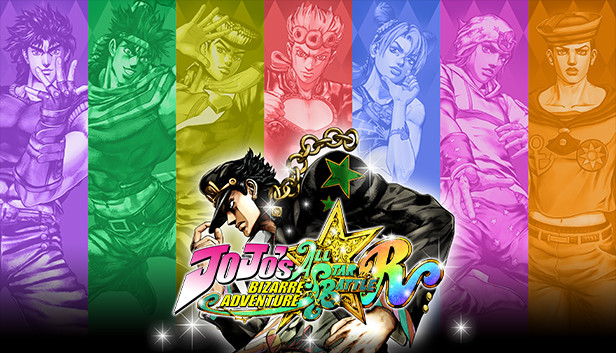 The highly anticipated re-release of the popular 2013 fighting game adaption of the adored manga franchise by Hirohiko Araki is called JoJo’s Bizarre Adventure: All-Star Battle R. The game faithfully mimics its source material, from its fantastic combat scenes to its puzzling mechanisms, in sharp contrast to the majority of anime fighters. Players are still conflicted about who the best fighter is in JoJo’s Bizarre Adventure: All-Star Battle R.

The unusual 3D fighter has a character-specific Stand system, an active-time dodge, and an odd cinematic taunt mechanic. It really brings the trademark craziness of the comic to life.

The strongest characters in JoJo ASB ascend to the top tier of the game, much like in any fighting game. These characters are amazing to watch in action, whether they have strange Stand abilities or pure physical dominance.

It’s time to engage in combat in the biggest game in the franchise’s history, featuring 50 vibrant characters and their varied weapons. All-Star Battle R for JoJo’s Bizarre Adventure is now available!

Players of JoJo’s Bizarre Adventure All-Star Battle R have access to more than 50 iconic manga characters to try out.

Some of the most difficult options for players to master in order to achieve combat proficiency on an anime level are listed below.

Aerosmith is the name of Narancia’s Stand. It is a toy fighter plane equipped with actual weapons. His technology in JoJo’s Bizarre Adventure: All-Star Battle R is concealed in the fighting game but is constructed like a third-person shooter.

Narancia is excellent at mid-range combat, dropping bombs and reliably firing downrange. He is one of the few characters in a fighting game who can combo off of an anti-air while using a projectile.

The ability of the adversary to continually juke his bullets is the major disadvantage of playing Narancia. To avoid getting crushed by a rushdown, JoJo’s Bizarre Adventure: All-Star Battle R players must throw the bomb intelligently and be prepared to employ his block-string.

Perhaps the strongest character in JoJo’s Bizarre Adventure: All-Star Battle R is the villain of Part 5. A skilled Diavolo player can defeat practically anything.

Diavolo is a fantastic mix-up, deals a ton of damage, moves with blinding speed, and has a Stand that makes him an even better fighter. Before they can play him at 100%, players must master the game’s mechanics. But once they do, he becomes divine.

DIO is the sort of all-or-nothing figure who charms a lot of fans. In JoJo’s Bizarre Adventure: All-Star Battle R, a superb DIO player can triumph in two or three combos. They must since any error could result in the game being lost.

DIO expects nothing less than excellence from his players, much like in the anime. To get ready for DIO, JoJo’s Bizarre Adventure: All-Star Battle R participants will need to develop some awesome combos and perfect their block strings.

DIO will become a lethal player, though, if players can consistently learn his wall bounce combo and the follow-ups to his Stand Rush. Just be prepared to lose a little  before he gains full control.

For the most part, Guido only needs to use one key loop (dash -> 5L -> 5H -> 236L) to set up his significant damage. However, if the setup is successful, he will have built a cage of bullets that will leave enemies covered in holes.

Bruno is a character who employs attacks with odd angles to either expose the opponent or rack up a lot of counterpunches. Bruno has no main mode; instead, he switches between S-OFF and S-ON as necessary. He emphasizes mobility and pokes in S-OFF.

With his zipper slide, he may fly across the stage in any direction—away from or toward the adversary. He can cancel out this technique into a high-priority kick, teleport, or throw depending on which LMH slide he executed. A zipper arm is launched that emerges at various angles both on the ground and in midair. That is his finest poke/counter-hit move.

The order on this list is determined by personal choice and tournament viability. There is no definitive “best character” in JoJo’s Bizarre Adventure: All-Star Battle R because everyone’s preferences are different.

Get involved in the anime action and discover which character grabs your attention. We hope this guide was helpful in narrowing down the Best Fighter in JoJo’s Bizarre Adventure: All-Star Battle R.

You can read our other posts like best anime Samurai characters. Keep an eye on Retrology for more anime content.