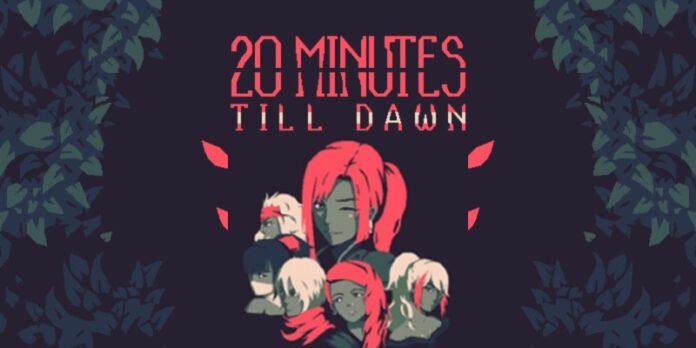 There are a total of seven 20 Minutes Till Dawn characters in this game with each of them made accessible as you level up. Only one is the default one while all the other 6 can be unlocked by using souls.

The only character who is unlocked when you start the game. Shana has 4 HP when you start. They may reroll upgrades once thanks to Shana’s ability. Because 5 upgrades occur and the player with this character can reroll once, the player might see up to ten possible upgrades.
Not only that, but Shana’s potential Skills are incredible and highly entertaining.

You need 1350 souls to unlock Diamond, the cheapest one out of all. Diamond’s most advantageous attribute is her health upgrades and intrinsically high health, which makes her an excellent pick for novices. With 7 HP, she can take a lot of damage and take advantage of attack boosts earned by goods and upgrades. Diamond will become more strong every time she loses one health point which is a great tank quality.

Scarlett needs 3150 souls if you want to unlock her. She has 3 HP which is the lowest in all. Her ability causes them to blast a wave of fire every third shot, piercing and inflicting Burn. This ability combines with other sources of flame damage over time, such as the Pyro Mage or Fire Starter perk. Scarlett is a lot of fun with the Flame Cannon, and some people may consider her to be their favorite playable character.

Hina has 3 HP and it costs 3150 souls to unlock her. Her ability allows her to dash in the direction she is heading, leaving behind a clone that damages nearby foes on a regular basis. Dashing speed is 6 times faster than your current mobility speed. The Shadow Clone does not move and vanishes after a short period of time or when her ability is utilized again. Her speed is what makes her a good choice.

She has 4 HP and it costs 3150 souls to unlock her. Lilith has some of the best Potential Skills, but they can be unlocked only by chance later into the game—so players are bound to have a hard time until then. It is clear by her character design that she is created and designed with darkness, death, and Gothicism in mind. Also, her abilities are quite commendable from the army summoning to attacks. No doubt she is a good choice.

Abby, similar to Lilith, has 4 HP and it costs 3150 souls to unlock her. The most loved and praised character is Abby. Her attack combos has no con at all. When she right-clicks, she fires all of her remaining ammunition in random directions. The Elite improvements simply help to strengthen her, and with the Tome to increase her base ammunition, she may become virtually invincible.

All these characters are admirable in their own way. The way you like to play is based on who you choose. None of these are super complicated which makes it easier for players to choose them accordingly.

For more on 20 Minutes Till Dawn, check out the synergy and builds guide given below: